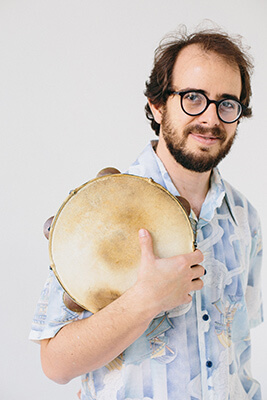 Sergio's connection to the pandeiro started quite early when he was only 13 years old. He learnt a very simple version of the Samba groove with his brother. After listening to the music of two pandeiro players, Jorginho do Pandeiro and Marcos Suzano, they became his main reference. Listening to Suzano and getting in touch with a few students of his was the first step towards his becoming a pandeiro player himself. 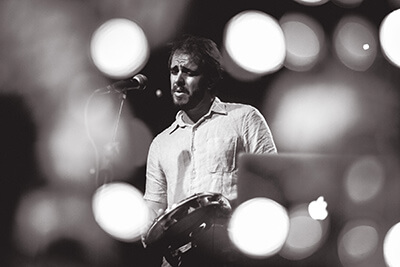